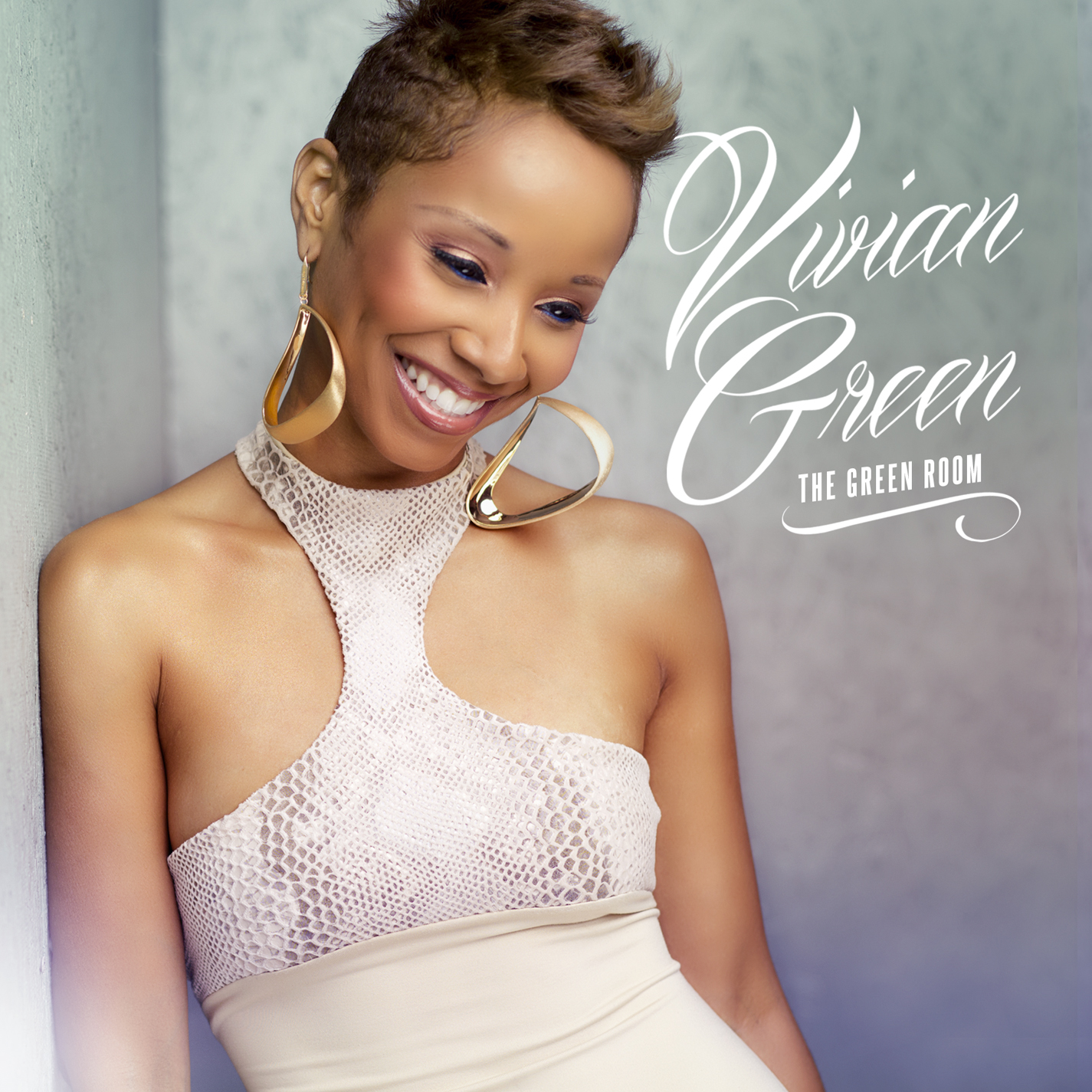 "I didn't want any sad songs on this record," Vivian Green says of Green Room, her fourth album and her second for eOne Music.  "I wanted to make an uplifting, feel-good record for adults.  I wanted to create music that's fun and sexy and soulful, and songs that are reflective but not morose.  That's where I am in my life, and that's the kind of music I wanted to make."

Mission accomplished.  The effortlessly engaging Green Room marks a significant creative landmark for the charismatic, down-to-earth Philadelphia-bred singer/songwriter/pianist, whose prior work established her as a pioneering female R&B auteur whose achievements helped to pave the way for such current cutting-edge divas as Ledisi and Chrisette Michelle.

Following on the heels of the success of "Still Here," her hit collaboration with jazz-funk keyboardist Brian Culbertson, Green Room teams Vivian with a roster of notable R&B producers, namely Phoe, Steve McKie, Adam Blackstone, Vidal Davis and Jason Farmer.  The result is a catchy collection that's steeped in the emotional immediacy of classic soul while maintaining an unmistakably contemporary sensibility, with such indelible tunes as "Remedy," "Anything Out There," "Free As A Bird" and "Supposed To Be Mine" brilliantly showcasing the artist's distinctive musical gifts.

"In making this album, I made a point of staying focused on what people want to hear from me," Vivian asserts.  "It's definitely me, but it's the version of me that I know that my fans want to hear right now.  I didn't compromise who I am, but I was willing to meet the fans halfway.  As I've grown up as an artist, I've learned that you can be creative and still please your audience."

Vivian Green has been making music for most of her life.  Growing up in the East Oak Lane section of Philadelphia, she received early training as a classical pianist and vocalist, and gained experience performing locally in jazz clubs and at weddings.  She recorded demos of her own compositions through her teen years, and received her first professional songwriting credit when Boyz II Men recorded her "Dear God" on their platinum-selling album Evolution.  Green also sang backing vocals for world-renowned soul singer Jill Scott.

Vivian's increasing notoriety helped to win her a record deal with Sony Music, which released her first album A Love Story in 2002.  The debut disc established Vivian as one of the year's most celebrated new artists, spawning the urban AC/dance hits "Emotional Rollercoaster" and "Fanatic."  She broke new musical ground on her sophomore effort Vivian, which produced the Number One AC/dance singles "Gotta Go, Gotta Leave" and "I Like It But I Don't Need It."  Vivian won rave reviews in such outlets as People, Rolling Stone and The New York Times, which described the album as "a stellar sophomore accomplishment."  2010's Beautiful, recorded after an almost five-year hiatus, boasted some of Vivian’s most personally charged, emotionally nuanced work to date.  Along the way, Vivian has won a reputation as a riveting live performer, sharing stages with such diverse artists as Maxwell, Teena Marie, Chaka Khan, Betty Wright, Q-Tip, Anthony Hamilton and Common.

In 2003, Vivian made her film debut, portraying Billie Holiday and performing the Holiday classic "Love for Sale" in the Oscar-nominated Cole Porter biopic De-Lovely.  Two years later, she appeared in the TV series American Dreams, playing the role of Brenda Holloway and singing Holloway's Motown hit "Every Little But Hurts."  Vivian wrote the music for David E. Talbert's popular all-star stage play Love in the Nick of Tyme, which debuted in 2007.  Also in 2007, she guested on Guru's album Jazzmatazz Vol. 4 and Cyndi Lauper's The Body Acoustic.

The emotional insight and resilient spirit of Vivian's new songs reflect her maturing perspective, which has been influenced by her experiences as single mother to her now eight-year-old son Jordan, who had suffered from an undiagnosed syndrome that threatened his life and required several surgeries shortly after his birth.

"Those experiences were very trying, but I'm proud of the person I've become through them," she notes, "I have to be a happy parent so I can give my kid a happy life, so I can't hold on to anger or resentment.  I try to find the positivity in all things, because otherwise you release a whole bunch of negative energy that just comes back to you.  After being told that Jordan wouldn't live more than seven days, nothing anyone can do now is going to faze me.  Once you've seen a miracle, it puts everything else in perspective.

"I feel so positive about my evolution, as an artist and as a person, and those two things are definitely related," Vivian concludes.  "I'm not interested in making sad or negative music, because I don't want to be that person.  A lot of R&B music goes heavy on the male-bashing, and some people still associate me with that because of certain songs on my first two albums.  But that's not what I want to put out into the world now.  I want to embrace life and be a positive person, and I want to keep making music that expresses that."